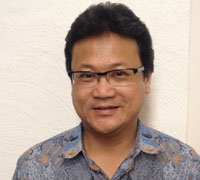 Paulus and his wife, Lidia, were called to come to Perth on 17th of May 1995 and served the congregation in the Indonesian language. On March 17th, 1996, Paulus officially became pastor of the Indonesian speaking congregation of WPC Bull Creek. Paulus and Lidia have two children, Phoebe and Moses. Paulus has a deep desire to spread the gospel and to see the congregation grow on the foundation of God’s Word. In his spare time, Paulus loves to read good books and play chess!!! 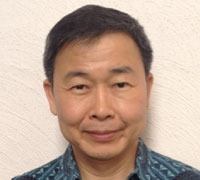 Erick and Lily (wife) were married in 1985. In 1998, They, together with their children (Eka, Arnan, Triaji) moved from Jakarta to Perth, and joined the congregation of WBC Bull Creek. After doing fly-in fly-out for more than 3 years, Erick lives permanently in Perth from August 2002. After completing his Master Divinity study in Trinity Theological College, he was called to serve full time in WPCBC Bull Creek, with primary focus to the Indonesian Language Ministry of WPC Bull Creek. That meant he had to leave his business and finance-accounting background behind. He was ordained as teaching elders on October 28th, 2012. His primary responsibilities are to teach God’s Word, evangelize and disciple people to follow Jesus; through: the age-groups (children, youth, young adult, adult, senior), family-groups and families. 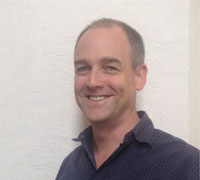 Craig has been at WBC Bull Creek since January 2010 having moved from Cape Town, South Africa where he served in Christian ministry for 14 years. He is married to Kerry and they have three children. After completing a BA in English and History, and then a stint in the Navy, he trained for ministry at George Whitefield College (GWC) in Cape Town. Kerry is also a graduate of GWC. When there is time Craig enjoys cycling, reading, keeping up with current affairs and the challenge of DIY projects. He is challenged over whom to support when it’s the Wallabies vs. the Springboks but when its local he is West Coast Eagles all the way! He loves vegemite on hot buttered white bread toast! Besides hanging out with Kerry and the kids he loves nothing more than explaining the Bible and teaching others to do the same. 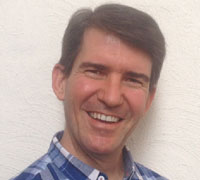 Mark and his wife, Shelly, were married in 1990 and they have 3 children, Kyle, Tyler and Aynsley. Mark received his M.Div from Covenant Theological Seminary in St. Louis, Missouri. He and his family left the USA and moved to Perth in January 2003 so that Mark could take up the position of Associate Pastor.

Complete the form below to register.